On December 5, 2013, the team of the Large-Scale Cryogenic Gravitational Wave Telescope, KAGRA, currently under construction 200-meter below the surface of Mt. Ikenoyama in Kamioka, completed the construction of one of the two 3-kilometer tunnels. The workers blasted open approximately halfway of the Y-arm tunnel at 14:30. 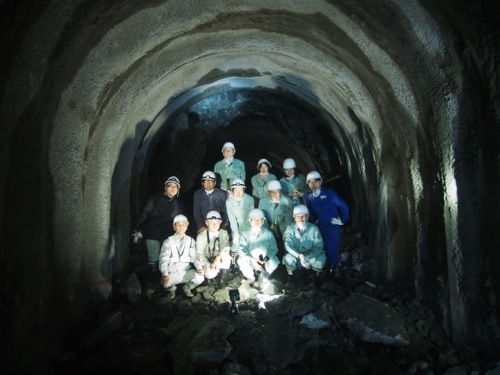 The excavation of two 3-kilometer tunnels that exdend out in the right angle from the Atotsu entrance–located at the southernmost point of the detector–started in May 2012. The excavation of Y-arm was started from both ends, from Atotsu and Mozumi, which is located Northwest of Atotsu, meeting at 1,754-meter point from Atotsu. The X-arm excavation is also nearing the end, now at around three-quarter of the full length. 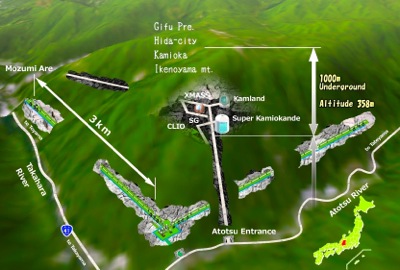 “The KAGRA construction is proceeding at a good pace, aiming for the first observation of gravitational waves in the world,” says Prof. Takaaki Kajita, director of ICRR and Project Integrator of KAGRA. The construction will be completed in 2015, and the full-run operation will start in 2017-2018.

“We owe much of the smooth operation to Kajima, the construction company, which has extensive experiences and know-how to deal with difficult issues we encounter as we proceed with the excavation,” comments Associate Prof. Masatake Ohashi of KAGRA group, ICRR. The KAGRA’s excavation pace marked the domestic record at 300-meter per month in September this year. He was relieved to have witnessed the successful tunnel blasting in the afternoon. “With this, we passed an important milestone.”

The X-arm is planned to be completed this coming March, after which vacuum pipes and cryostats as well as other detector components will be installed and set-up for the initial operation in 2015. 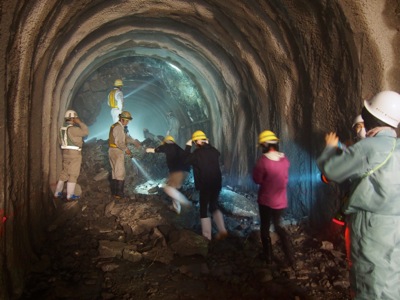