Prof. Takaaki Kajita to share the Nobel Prize in Physics 2015

The Royal Swedish Academy of Sciences announced today that the Nobel Prize in Physics 2015 will be awarded to Prof. Takaaki Kajita of ICRR, the University of Tokyo, and Prof. Arthur B. McDonald of Canada, for their contributions to experiments that demonstrated neutrino oscillations. The discovery proved that the elementary particles have mass. 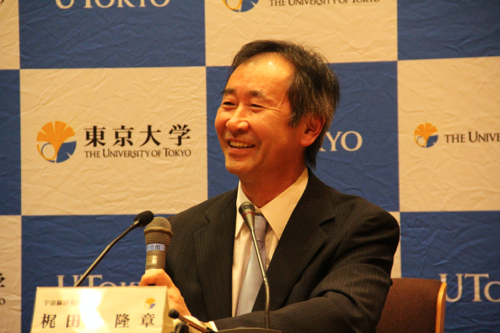