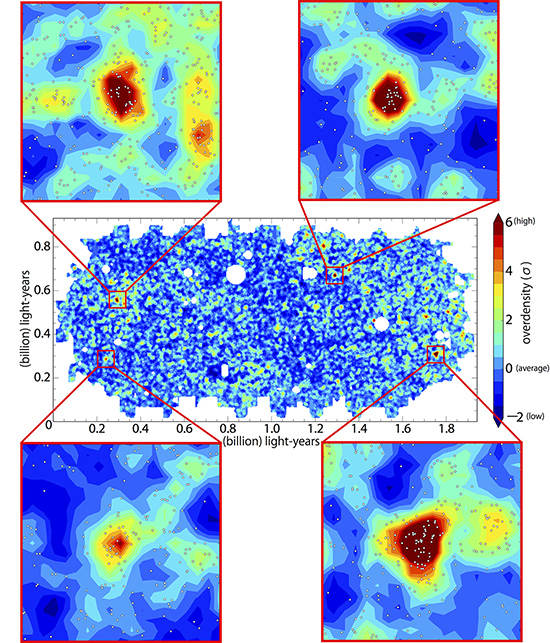 Using Hyper Suprime-Cam (HSC) mounted on the Subaru Telescope, astronomers have identified nearly 200 “protoclusters,” the progenitors of galaxy clusters, in the early Universe, about 12 billion years ago, about ten times more than previously known. They also found that quasars don’t tend to reside in protoclusters; but if there is one quasar in a protocluster, there is likely a second nearby. This result raises doubts about the relation between protoclusters and quasars.